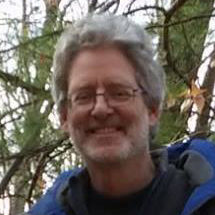 Cam has been involved in radio since 1978 when he was first licensed as a ham radio operator. He founded Grant Systems Engineering in 1993 as he worked on projects for Environment Canada. In 1994 Grant Systems was a full time venture with activity in remote sensing, networking, and wildlife telemetry. In 2008 he founded Sigma Eight to focus specifically on telemetry, and the company has been growing steadily ever since. Graduating from University of Toronto with a Bachelor degree in Electrical Engineering and from York University with a Masters degree in Physics, he earned the tools to begin his life-long career designing advanced systems. His interest in protecting the environment, protecting endangered species and using radio sparked his passion for wildlife research. He enjoys ham radio, camping, scuba diving, travelling, and pursuing new challenges.